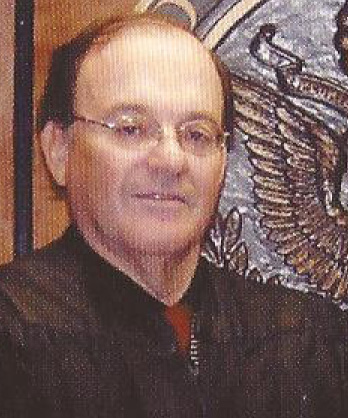 2018
Federal court appointed Mr. Jesús Castellanos as an Honorary Co-Chair of The Committee to commemorate of the 50th Anniversary of the Federal Magistrates Act.

Appointed by the President of the Senate of Puerto Rico Thomas Rivera Schätz to head the Senate office, that is responsible for the investigation of every nomination sent by the Governor, that is subject to the confirmation by the Senate, including the Justices of the Supreme Court.

March 1980 to March 2004
Chief United States Magistrate Judge, United States District Court for the District of Puerto Rico
Duties: perform full scope of duties and jurisdiction set forth in Pub. L. 90-578 of 1968- Federal Magistrates Act; certified to conduct civil jury and criminal misdemeanor trials; coordinator for the Equal Employment Opportunity; member of the Local Rules Committee for the District of Puerto Rico; was appointed to conduct verification of consent to transfer hearings of U.S. citizens prisoners in foreign countries like Peru and Panama; developed a Uniform Collateral Forfeiture Program under the assimilative violations provisions of 18 U.S.C. sec. 13 and a standard operating procedure to handle minor violations and petty offenses for the District of Puerto Rico; mediator.

The Administrative Office of the U.S. Courts in conjunction with the Federal Judicial Center, conduct seminars every year to keep every Magistrate Judge informed of the latest congressional actions, administrative developments and policies adopted, as well as discuss the latest case law applicable, civil and criminal, to Magistrates, Judges or any other jurisprudence of importance; attend every year the Judicial Conference of the First Circuit; selected to the Summer Program for Lawyers at Harvard Law School.

May 1994
Role of the U.S. Magistrate in the Federal Judiciary; Joint Senate/House Committee on the Judicial Reform for the Courts of the Government of Puerto Rico.

May 1994
Criminal Proceedings in the Federal Court System; Crime Summits of the Executive Branch of the Government of Puerto Rico.

February 1994
The Bail Reform Act in the Federal System; Joint House Committee on Bail Reform/ Detention Act for the Government of Puerto Rico.